Britain Got Talent Winners – Britain’s Got Talent broadcaster its 13th season on ITV in 2019.This show marked the return of Anthony McPartlin to his television career. Co-host Declan Donnelly also entertained us with his humour. This season was somewhat different from the other seasons. This show witnessed the oldest winner in the history of reality shows.

This show was adjudged by Simon Cowell, Amanda Holden, Alesha Dixon and David Walliams. The Britain’s Got Talent 13th season was full of criticism. There were complains made by the viewers and the contestants as well. The unacceptable performance in the semi-finals, the controversial golden buzzer by Holden and the Simon Walk-off are some of the most discussed ones. 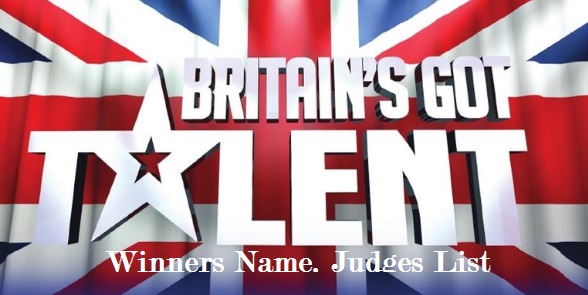 Auditions for the show were held at London and Manchester. The show was kickstarted by the Britain’s Got Talent Veteran Susan Boyle. This season also witnessed Stephen Mulhern getting a golden buzzer after his 10th consecutive performance over the years at this show.

The participants who won the hearts of the judges and got the golden buzzer were Akshat Singh, Chapter 13, Flakefleet Primary School, Giorgia Borg and Kojo Anim. There performances got them directly to the semi-finals without the judges cut and public votes.

But the show was won the war veteran and singer Colin Thackery. He is 89 years old and he became the oldest participant to win the title in the history. This show has been a part of our life since a long time and it will be back the next year with more amazing performances and less controversies.

Here you check the all 12 season winner name and prize money. We tried to provided all profile link & its update yo get all latest details.

That’s all for today. Stay tuned for the next article and All the best., Further details & information we have provided time to time. Till you have need to bookmark this page using CTRL+D.